Ever since the third season of Daredevil was announced, fans are toiling ideas of whether this season will be better and bigger than its predecessors or not. Well, although nothing is confirmed now, we can still judge it’s by the speculations going on. So, let’s go find out!

The rumors for Daredevils is flying very high as the online fandom of the show is everyday coming up with random speculations related to its cast, story line and released date. Well, all we can do as for now is just wait and see where the series takes us. The COO of American entertainment company Netflix, Ted Sarandos, has stated that the third season of the popular web series Daredevil will not release before next year in 2018.

The series is the first in a series of shows which will eventually lead up to The Defenders crossover miniseries. It is based on the film franchise by the same name. The Daredevil Season 3 cast is supposed to include everyone who survived season two. It is also expected that Vincent D’Onofrio will appear again in the upcoming season. Fans are also expecting that Jon Bernthal’s Punisher to return.

The season will also come along with the second season of Jessica Jones.

Although not a lot is known about the plot, it is being speculated that the character of Wilson ‘Kingpin’ Fisk will ultimately return after spending the second season behind bars. D’Onofrio, who plays Fisk has said that he knows that his character will gradually come back, although when that will happen is not certain. He has also gone head over heels for his love of Marvels. He has said that he absolutely loves working with Marvel because they are so creative and since they let him bring this whole new thing to an iconic thing that they invented. He has also said that since he loves Marvel to death, therefore he wants to keep working with them in the future too. 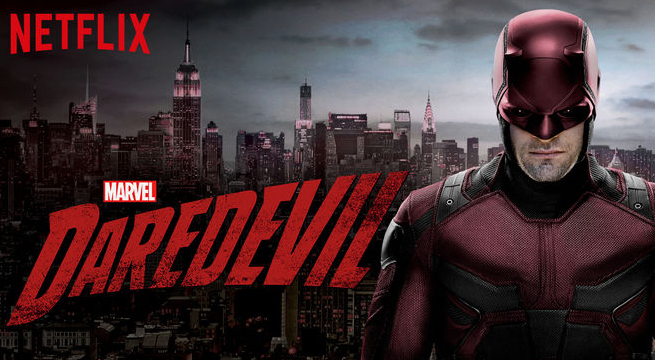 Among the cast, Karen Page will play the role of Deborah Ann Woll. Mike Colter will again appear as Luke Cage in a guest appearance, so will Krystan Ritter as Jessica Jones. Moreover, Elden Henson will appear as Foggy Nelson and Rosario Dawson will appear as Claire Temple. Their return is based on the assumptions that all three characters will survive The Defenders.

Daredevil has been a huge critical and commercial success in both its seasons. The web series was named the second best original programming series of Netflix in 2015. The series is about Matt Murdock, portrayed by English actor Charlie Cox. He is blind lawyer by day and by night, he fights against crime.

A spin-off of the series by the name of The Punisher as launched last year in January 2016. The show revolved around Bernthal as Castle. It has been described as a stand-alone project.

The series has been commercially acclaimed also. The original season debuted on April 10, 2015. The next season started on March 18, 2016. Each of the seasons had 13 episodes. The upcoming season was confirmed at the 2016 San Diego Comic-Con in July 2016.

Since the start, if the fourth season there was a rumor that the character of Lagartha will be dead till its end. But as the plot proceeded we realized, she is far from being the obsolete part of Vikings. At the end of the series, the fans of the show got the biggest surprise of their lives as the lead character Ragner was killed. Now there is more speculation of what will happen to the show and how Lagartha will keep the connection with the plot.  As per her personal statement, she is going nowhere in the coming season and will possess a very important role.

The fans of Lagertha may see the ending for the Queen of Kattegat in this coming season. But the plot of Lagartha’s death is not out of the context in the coming season too. Though it is not mentioned who among the five will hold responsibility for Lagertha’s possible death, but the spoilers claimed Katheryn Winnick’s character would likely meet her unfortunate fate because of Ivar the Boneless, who is Ragnar’s fourth son with Aslaug. The storyline will be interesting as her fate was formerly got known as, when Lagertha asked The Seer to predict her death, it was confirmed that, it would be by one of Ragnar’s son as the culprit. 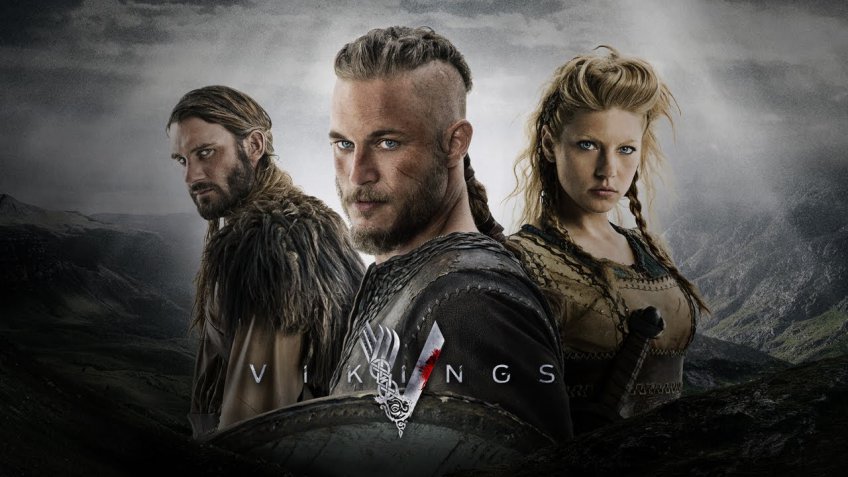 But as she will be part of almost the entire season, her look and approach will be different from her previous appearance. Lagertha may sport a new look in the battlefield. As per her latest Instagram video, the actress is shown wearing black war paint on her eyes, along with braids on her hair back with an interesting ornament that appears to be like a crown. In the coming reason, few characters are going to snatch the limelight, and those will be Harald, Ivar, and Lagertha. But as per the plot goes it seems Lagertha will be kept alive for most of the coming season, but to know that we will have to wait till the start of the show.

Apart from Lagertha’s importance, there will be something more to the story of season five.  As per the reports WWE Superstar Adam, “Edge” Copeland will join the upcoming season as Ketill Flatnose, a man appointed by Floki to form a community in Iceland. Jonathan Rhys Meyers’ character, Heahmund was also introduced in the finale of “Vikings” Season 4 and the rumor suggests he will be a very important part of the coming season.  The “Match Point” actor will join the filming of the newest installment this summer.

Thus Vikings season 5 is going to be a hell of a season for all the series. But the fans have no other way but to wait for it for its release, and all the speculations will be answered when “Vikings” Season 5 will return. If we go with the release of the previous seasons, then we can say that the Vikings season 5 will come back at some time in November.

Return Date of The Man in the High Castle Season 3 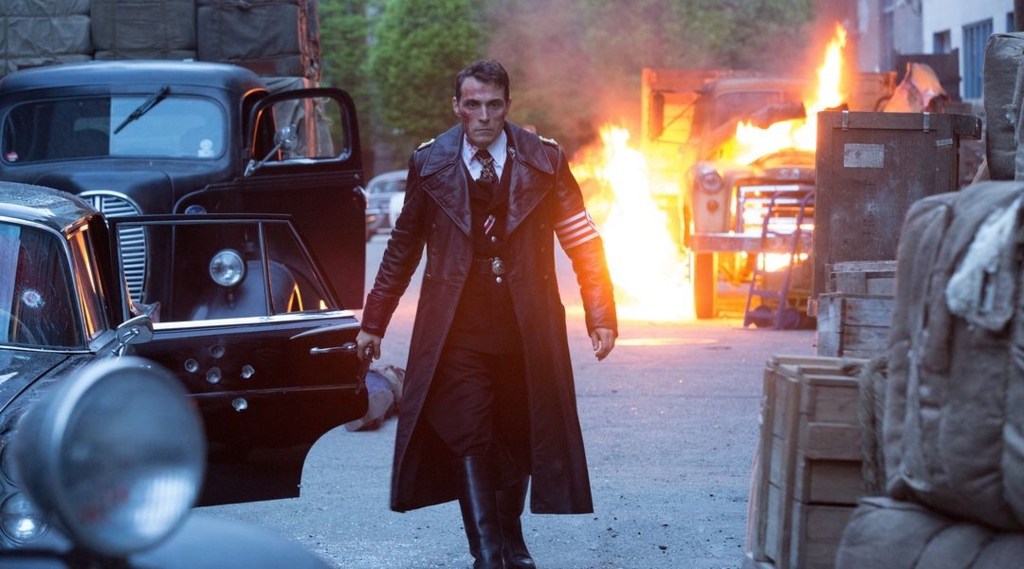 The popular TV series The Man in the High Castle Season 3 does not set its released date yet but most of the fan and viewer of the show expect it in late 2017. We are expecting as the first two season of this TV series dropped towards the dead end of the year 2015 and 2016.

Amazon has finally found a substitute showrunner after the sudden departure of executive producer Frank Spotnitz through the production of The Man in the High Castle season 2 in the midway situation. Amazon’s popular drama series Bosch and its executive producer Eric Overmyer will take over as showrunner for season 3, this news is according to Deadline. After egressing of Spotnitz, the second season completed the production of season 2 without a showrunner.

Confirmation of The Man in the High Castle Season 3

As per a report on deadline The Man in the High Castle has been resumed for the third installment.  In a recent interview on Bustle, the actors and producers were discussing about how season 3 might look like. Now, when the renewal is confirmed then it likes mood is hopeful to watch Amazon original series. So we are now able to see what a 1960 society can explore under Nazi and Japanese occupation and how that looks like.

The second season of this Emmy award-winning series just released on December 16th on Amazon. Here we can see that for each character they are pushing the boundaries, including Joe Blake as he was sent to Germany to learn more about his past. The role of Joe Blake played by Luke Kleintank and he says, “We are showing more of the world and slowly putting in pieces of that. I am surprised and intrigued to see how all that just opens up a whole new Pandora’s box.”

In the second season, we know that actress Bella Heathcote plays the role of the love interest of Joe Blake so when she asked about her hope for the new season, she says, “I’d want my character to find a way to be a feminist under the regime, try and change the regime from within. That would be a great way to go.”

In the role of incomparable Trade Minister Tagomi, we see Cary-Hiroyuki Tagawa and he says, in The Man in the High Castle it best in offering up the lessons, for the series in season 3 this is the way forward situation. He also added, “Tell the truth, be responsible, it’s okay… if we put the best of what the east is and best of what the west is, we’re unstoppable.”

We know that there are plenty of questions on every viewer's mind and that still need answering in the show. We are all expecting that when the shoe returns for season 3 we might get those answers.

Login to quote this blog

You cannot quote because this article is private.